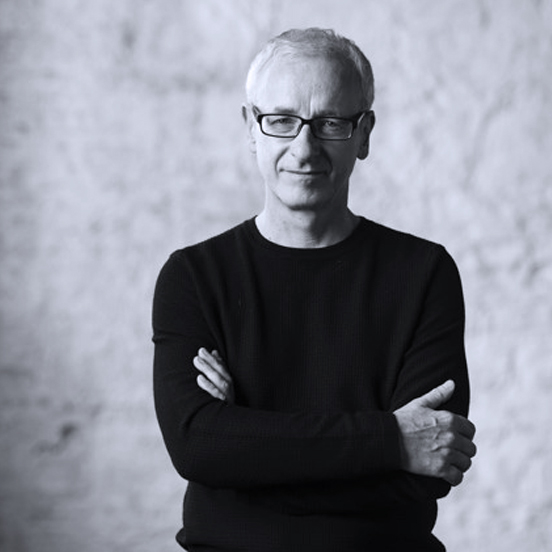 A graduate of Glasgow University, David started his musical life as a concert pianist then turned his attentions to theatre, notably ballet and opera. He has worked as musical director, répétiteur and composer for many ballet and contemporary dance companies including The Royal Ballet, Scottish Ballet, Miami City Ballet, Singapore Ballet, Mark Morris Dance Company, Jiri Kylian (NDT), Random Dance and L.C.T.D.

He was on the music staff of Scottish Opera where he was musical director of a wide range of works from Rossini through Puccini to Janacek and has composed numerous works for the stage and orchestra that have been produced and broadcast throughout the world. A prolific composer, his commissions “The Musical Story Book” for B.B.C. Radio 4 were nominated for a Sony Award in the UK as have been his many works for Scottish Opera. Amongst others, he has worked with Sinead O’Connor, Maire Breatnach (Clannad), Finbar Furey, Phil Coulter, The Dubliners, Brian Kennedy, Samantha Mumba and Hayley Westenra.

David joined Celtic Thunder in 2011 as Musical Director and has toured with the show ever since. He has composed several original songs for Celtic Thunder and is responsible for all musical and vocal arrangements on the recent tours of Voyage, Mythology, Celtic Thunder Symphony, Very Best of Celtic Thunder and now Legacy. “One word sums up the prevailing mood behind every note in Celtic Thunder. That word is collaboration. The creativity that involved in making a Celtic Thunder show is immense. From the moment the first note is struck in rehearsal to the final gloss put on each track in the studio, I search for the best possible arrangement for each song. We have the finest singers, musicians and engineers on every project that we can find, and they have all contributed greatly to what you hear.”

“A creative endeavor like this has two distinct sides to it. Firstly the choice of material and secondly ensuring those final choices work. The Celtic Thunder tradition has always been to bring you the best possible versions of music that you know and love and so continuing that tradition is no easy matter.”

“We can’t wait to see you for our shows on Stage it from Tuesday May 18th - Saturday May 22nd at 7pm ET. Come and and join us for a trip exploring some Mysteries and Folklore from the Emerald Isle and beyond.As you can see we will also have a surprise or 2 for you along the way so see you there!” ...

Be sure to check out the Celtic Thunder '2016 Tour Live' on DVD. A wonderful collection of fan favorites and best loved songs that celebrates the diversity of Irish & Celtic Music, with powerful anthems and heartwarming ballads that showcase both solo and ensemble performances. Shop now and sale 10% off all CDs and DVDs with additional savings thru the Online Store - discounts reflect at check-out, no promo code needed. ...

Browse the Celtic Thunder Store and save 10% off all CDs and DVD with worldwide shipping, such as the VBO Celtic Thunder on CD. With 20 fan-favorites and signature ensemble and solo numbers chosen from Celtic Thunder shows and big opening numbers to Irish comedic and Inspirational tracks, this CD has something for you and your entire family to enjoy! From the album, enjoy ‘Amazing Grace’. ...

Check out the Celtic Thunder Sale and save 10% on all CDs and DVDs in stock. Even more savings thru the store, and makes great gift items for family and loved ones. Get your toe tapping from this fun track from Celtic Thunder 'X' bit.ly/2k4MuiF and performed by Celtic Thunder's Ryan Kelly Music Official - 'The Devil Went Down to Georgia', enjoy! ...