Conor Mc Ginty is an Irish Singer/Songwriter from Derry City in Northern Ireland. He began singing at a relatively late age, by chance. When Conor was 17 his vocal ability was discovered at a family party by his Dad & Aunt and he has went from strength to strength ever since….

Not long after Conor started singing his Dad entered him for a local talent competition in his hometown of Derry run by a local radio station.. Conor won the competition. The prize money Conor won was invested straight away into gigging equipment and the local music scene in Northern Ireland have been listening to Conor’s music 5 nights per week for the last 8 years

After 2 years gigging locally Conor decided that it was time to progress his career to the next level … After numerous producer auditions and online interviews Conor landed himself a place on The X Factor 2016 making in down as far as the last 30 contestants at The 6 Chair Challenge in Wembley Arena & had his performances televised to 8 million + people! Conor’s version of ”Say Something” accumulated almost 1 million views online combined & Conor has always said this is the song that brought him to the publics attention.

Conor’s fan base on Social Media shot threw the roof just after his appearances on The X Factor especially on Facebook, where he posts regular videos and content … This lead Conor to start working on a number of different musical projects for his new fan base. Over the last few years Conor has also appeared twice on UTV LIFE on Ulster Television, The Stephen Nolan Show on BBC, RTE, ITV & Ireland AM.

Conor has now released his debut Album “A New Dawn” which went straight in at #1 on the iTunes world music chart with the lead track from the Album “Goodbye my Old Friend” set for release with music video in November also. Conor is now currently promoting his album & working on original material with a number of different songwriters in Ireland. As well as his Debut Album Release, Conor is also putting together his 1st full theatrical show “A New Dawn” which piloted at The City Hotel in Derry & sold out to 400 people on November 1st 2019. It was a massive success. The show is now going to The Millennium Forum in Derry on March 1st 2020 – a 1000 seater venue. Conor is working hard & hoping his big break is on the horizon in 2020!

If Conor had to put a genre on his music he would just use one word to describe the Celtic-Musical crossover that he does & that word is …. Irish. Order below for quick worldwide shipping, just in time for the Holidays! 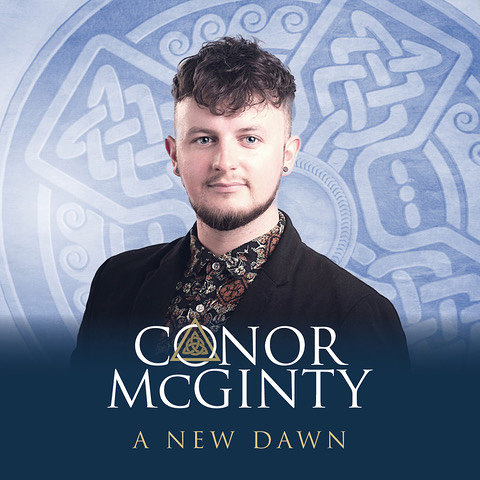